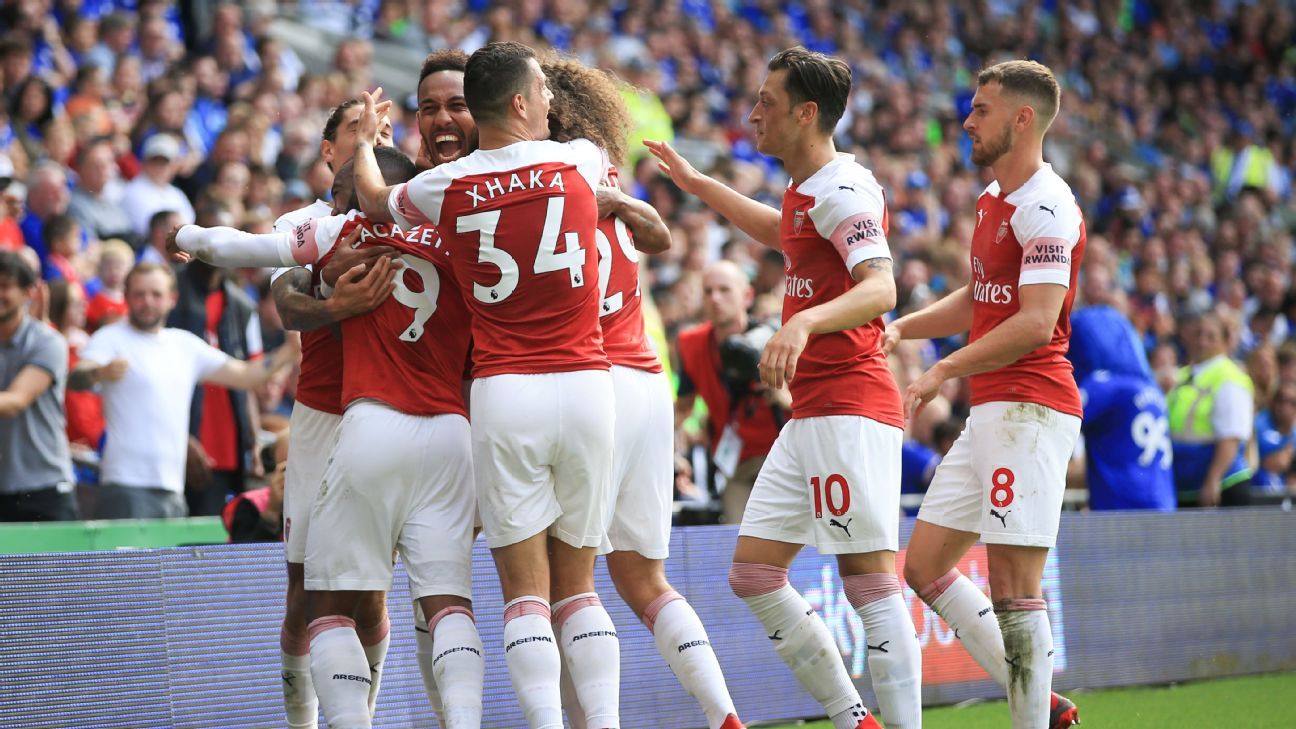 Alexandre Lacazette scored his first goal of the season in his first start under Unai Emery, handing Arsenal a 3-2 victory away against Cardiff City.

Lacazette, who had earlier set up Pierre-Emerick Aubameyang’s goal, restored Arsenal’s lead in the 81st minute when he took substitute Lucas Torreira’s pass at a wide angle and fired past Sol Bamba and goalkeeper Neil Etheridge.

Trying to avoid their first defeat to Cardiff since Feb. 11, 1961, a span of 14 meetings, Arsenal opened the scoring with a goal from Shkodran Mustafi, who headed home from 10 yards after Granit Xhaka swung in a corner.

Cardiff, the last team in England’s four professional leagues to score a goal this season, finally did so in first-half added time when Victor Camarasa found the back of the net.

Xhaka’s poor crossfield ball was collected in midfield by Junior Hoilett, whose pass allowed Joe Bennett to set up Camarasa from 12 yards.

Aubameyang restored Arsenal’s lead in the 62nd minute, scoring his first goal of the season after Lacazette laid off for his teammate at the top of the area.

But Cardiff responded again, this time eight minutes later, when Sean Morrison nodded Joe Ralls’ free kick back across goal to Danny Ward, who headed home off the left post.

It was not to be for the hosts, however, as Lacazette struck.

Cardiff will rue the fact they failed to take advantage of three gaffes by Arsenal goalkeeper Petr Cech — including one in the first minute of each half and another in the eighth minute, when Harry Arter skied his shot over the crossbar after Cech tried to thread a pass to Matteo Guendouzi.

Emery started Aubameyang, Lacazette and Mesut Ozil together for the first time, with Ozil returning after an illness last week, Henrikh Mkhitaryan beginning on the bench and Alex Iwobi ill and out of the matchday squad.