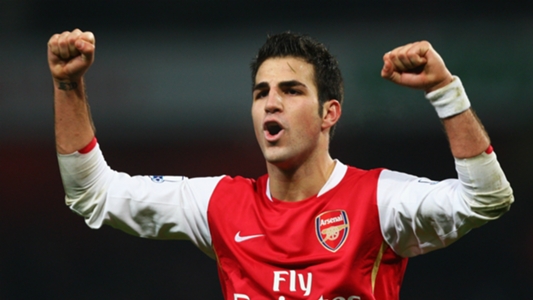 Cesc Fabregas has fired back at an Arsenal fan who claimed he left the club to sit on Barcelona’s bench.

Fabregas reacted to the fan on Twitter, who criticised the Spaniard for swapping his captaincy at Arsenal for a place on the bench at Camp Nou.

The 32-year-old asked his followers which of his playing shirts gave them the best memories, only for one Arsenal fan to reply that the midfielder gave up the captain’s armband in north London for a place on the bench at Barcelona.

Fabregas was quick to respond, and listed his achievements with the Catalan club to quickly shut down the negative response to his initial question. His tweet read: “I started in 121 games out of the 151 I played… I won 6 titles, I scored in 2 finals, won a league of 100 points having played 36 games, 43 goals and 47 assists… but yeah, cool.”

Currently playing at Monaco in Ligue 1, Fabregas left the Barcelona academy to join Arsenal in 2003, and became their youngest ever player aged 16 years and 177 days when he made his debut in a League Cup fixture with Rotherham.

He then became the club’s youngest goalscorer after finding the net in a League Cup victory over Wolves, and went on to establish himself as one of the best midfielders in the club’s history, winning the FA Cup in 2005.

Despite breaking several records in the process, one Arsenal fan has still managed to find some room for criticism of their former captain, but Fabregas came back with the perfect response.

The Spain international has enjoyed a long and successful career, and his Barcelona record backs up his view that he certainly did not leave Arsenal to become just another number in the Barcelona squad.

Fabregas left the Emirates after one of the most drawn-out transfer sagas in recent Premier League history, returning to boyhood club Barcelona and to a midfield containing fellow Spain internationals Xavi and Andres Iniesta.

Fabregas then returned to England with Chelsea, before leaving Stamford Bridge to join Monaco earlier this year, but he will undoubtedly be remembered most fondly in the Premier League for his contributions at the heart of Arsenal’s midfield.