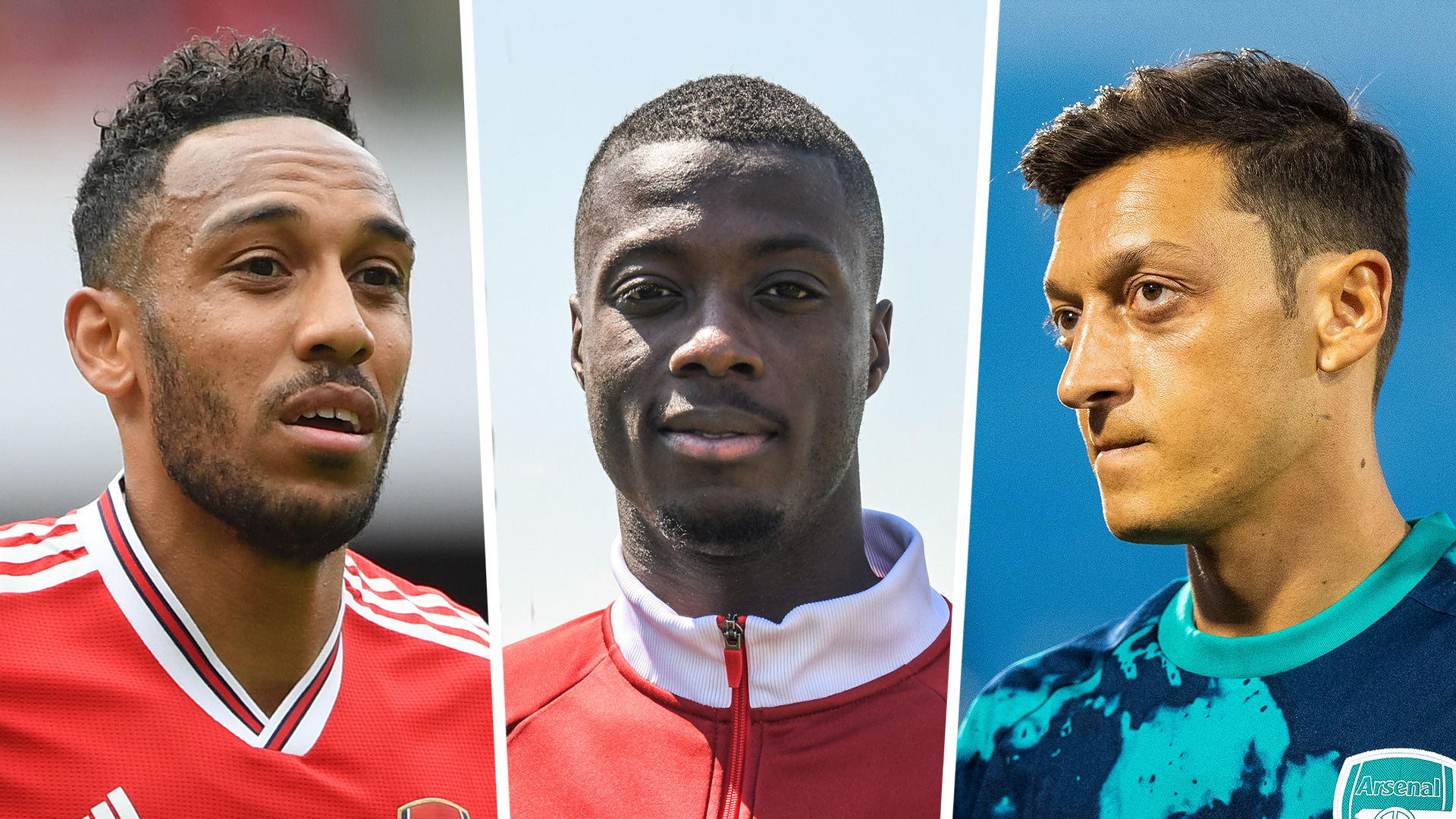 What a difference a couple of months make.

There was so much dejection around Arsenal at the end of last season after the Gunners threw away a top four spot and then slumped to a 4-1 defeat against Chelsea in the Europa League final.

But after a summer transfer window which has seen six new arrivals, including the club record signing of Nicolas Pepe for £72 million ($87m) from Lille, the mood at the Emirates now is one of optimism ahead of Unai Emery’s second season in charge.

This will be the third successive year that Arsenal are in the Europa League and the main objective heading into the new campaign will be to secure a top four finish and get the club back competiting alongside the best in Europe.

With the new additions in the squad, going one step further than last season will certainly be the expectation around the Emirtaes.

After such an encouraging debut campaign in England last time out, Bernd Leno will be hoping to cement his spot as the club’s undisputed No.1.

Following his £20 million ($24m) move from Bayer Leverkusen last summer, Leno had to bide his time before getting his chance to impress at the Emirates, with Emery starting the season with Petr Cech in goal.

But Leno made his Premier League debut in September when he replaced the injured Cech early in the second half against Watford and didn’t miss another league game all season.

And the German was largely exceptional – something that was indicated by the fact that he was in the running for Arsenal’s player of the year award, which was eventually won by Alexandre Lacazette.

Emiliano Martinez – who spent the second half of last season on loan with Championship side Reading – will provide backup for Leno this season and will get game time in the cup competitions – including the Europa League.

Matt Macey, who spent last season on loan with Plymouth Argyle, and teenager Arthur Okonkwo are also options for Emery.

So often Arsenal’s Achilles heel, Emery will be desperate to sort out his side’s leaky defence this season.

The Gunners have conceded 50 league goals or more in each of their last two campaigns, a number that has to be reduced if they want to try and close the gap on the teams at the top of the table.

And in a bid to improve that record, two new arrivals have been signed who – when fully fit – you would expect to start.

David Luiz has been brought in from Chelsea for £8m ($10m) to replace Laurent Koscielny, who has returned to France after nine years at the Emirates, while left-back Kieran Tierney finally arrived from Celtic on deadline day following a summer-long chase.

There was one other summer addition, with William Saliba coming in from Saint-Etienne in a £27m ($33m) deal. The 18-year-old can’t be used this term, however, as he will spend the coming season back on loan with Ligue 1 side.

Rob Holding is due back imminently from the cruciate ligament injury that saw him miss the last six months of the 2018/19 campaign and his return will be a major boost to Emery, with the English centre-back having arguably been the club’s best defender last season prior to his injury.

Calum Chambers is also back and available following his loan spell with Fulham.

Injuries forced Emery to re-jig his system last term, with the Spaniard turning to a three at the back formation for the majority of the closing months of the campaign.

But he expected to revert to his favoured back four this time out, with Hector Bellerin due to return from his own cruciate injury before Christmas and resume right-back duties.

Ainsley Maitland-Niles will continue to cover for Bellerin on the right side of defence, while Nacho Monreal and Sead Kolasinac will battle it out for the left-back spot until Tierney regains full fitness following his double hernia operation earlier in the summer.

Depiste Arsenal looking to move him on throughout the summer, Shkodran Mustafi is still at the club and will provide back up to the central defenders – as will Konstantinos Mavropanos and Zech Medley, who should get game time in the cup competitions.

Dani Ceballos has been the only new midfield arrival this summer, with the Spain international joining on loan for the season from Real Madrid.

And it will be fascinating the see how Emery decides to use the talented 22-year-old, who can operate in a number of roles behind the forward line.

He could play as the No.10 in a 4-2-3-1 formation, although that then raises the question about where Mesut Ozil will slot in should Emery play his favoured system.

But Ceballos could also play at the tip of a midfield three, with Granit Xhaka and either Matteo Guendouzi or Lucas Torreira behind him, or alongside Xhaka in a 4-2-3-1 system.

Xhaka continues to divide opinion amongst the Arsenal fanbase, but the Switzerland international remains key to the way the Gunners play and looks set to replace Laurent Koscielny as club captain.

Aaron Ramsey’s move to Juventus has left Arsenal looking short of goals from midfield, but Joe Willock’s performances during pre-season suggest he could help fill the void, while Reiss Nelson will hope to offer a threat from out wide when given a chance. Emery also has Henrikh Mkhitaryan to call upon, but Alex Iwobi has moved to Everton.

Mohamed Elneny is still at the club but his opportunities will be severely limited if he doesn’t move on before the end of the transfer window, with a move abroad a real possibility.

Another midfielder who could still head out of the door before the window closes is Emile Smith Rowe, with another loan move potentially on the agenda for…