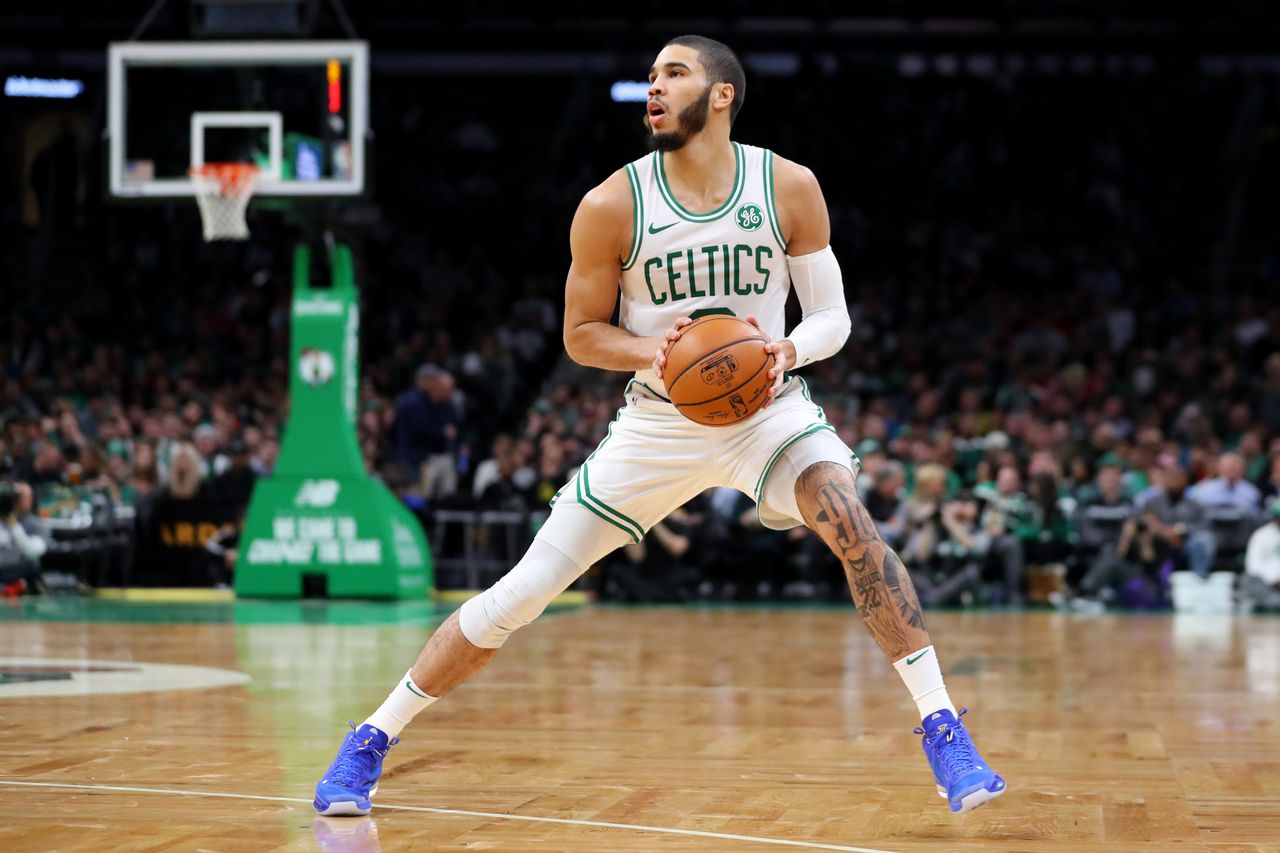 Last season, Boston Celtics forward Jayson Tatum began unleashing a side-step 3-pointer more consistently. His footwork was tight, his release was high above his head, and his long stride to the right created more than enough space.

But one minor problem: Tatum couldn’t make them. He struggled mightily on step-back 3-pointers (which is how the NBA’s stat site classified the shot), finishing 10-for-37 — a frigid 27 percent. Why was it so difficult?

For one thing, a lot went into making the shot successful. Defenders need to fear Tatum as a driver, or they can just crowd his airspace. Tatum’s balance also needs to be impeccable to both generate space and get his legs under him from NBA 3-point range.

“There are so many different layers to it,” Celtics assistant coach Jay Larranaga said.

But after a highly successful rookie season in which he shot a staggering 43.4 percent from deep, Tatum struggled his sophomore year in part because he no longer felt like open spot-up 3-pointers were available to him. He needed a way to create his own triples.

Fast forward a year, and Tatum’s 3-point numbers are down a little at first glance (36.4 percent from a career average of 38.9). But diving deeper, real progress is evident. He’s shooting 45 percent on step-back triples with a much higher volume than last year, and he’s up to 38.1 percent on 3-point pull-ups.

When Tatum and his trainer Drew Hanlen of Pure Sweat Basketball talked to the Celtics this summer about goals for the 21-year-old forward, all three parties came to a consensus: Tatum’s shot selection needed to improve in 2019-20. More 3-pointers, more shots at the rim and eliminate the long twos that plagued his efficiency in 2018-19.

Fortunately, Hanlen already had a program in place: A few summers earlier, he put together workouts for Bradley Beal that helped the Washington Wizards star improve his efficiency. Beal has taken more than 500 3-pointers every season since, after a previous high of 343, and he made consecutive All-Star teams the past two seasons.

For Tatum, Hanlen was able to copy and paste the same workout program he put together for Beal, tweaking it slightly based on Beal’s experience.

“Brad always gives interviews about Jayson and says, ‘I’m a guinea pig,’” Hanlen said. “Jayson benefits from getting that feedback.”

To use Hanlen’s words, his approach with Tatum has always prioritized depth over width. Rather than trying to make Tatum pretty good in a lot of areas, the duo — who have worked together since Tatum was 13 — set about improving specific skills, becoming great at one thing at a time.

That’s where the side-step 3-pointer emerged. Tatum always had a similar shot in his arsenal — lull the defender to sleep, then a quick step to the side while triggering the shot. In one high-profile example, Tatum side-stepped to his right against R.J. Barrett to beat both the buzzer and the New York Knicks earlier this season.

Barrett, another Hanlen client, heard about that shot in a group text.

“Well, now I know in the future,” Barrett answered, per Hanlen.

So rather than inventing a new way to get 3-pointers off, Tatum began inching his side-step and step-back jumpers out to the 3-point line. In high school and college, those shots were a regular part of his arsenal, but he had a lot of open opportunities his rookie season in the NBA.

“Now I’ve got to get better, I don’t get the open ones too much,” Tatum said. “Just trying to be effective at both. … Especially during the season, you want to do things that you know are your strengths. In the summertime, you can work on things that aren’t as natural.”

An example: Hanlen had Tatum play against his interns during the summer. Hanlen’s interns are Division I and II NCAA athletes — not Tatum’s level, but very competent basketball players. The action started from three spots on the floor — wing, top of the key, opposite wing. A basket by Tatum was worth a point, and a stop by the interns was worth a point, and the first to seven won. The wrinkle: Tatum was only allowed to shoot 3-pointers, and the defense knew it. Eventually, Tatum mastered the drill and could beat the college players consistently.

Hanlen also had his clients — NBA and NCAA — run 5-on-5. Before the games, Hanlen pulled Tatum aside and gave him instructions: Only 3-pointers, or only drives to the rim. As Tatum locked in his shot, his already healthy confidence skyrocketed.

Tatum’s work ethic is unquestionable. But one issue both the Celtics and Hanlen have encountered is his innate desire to prove he can make the toughest shots.

Nobody doubts that Tatum is a difficult shot maker, but not every shot needs to be hard. After Tatum poured in 39 points against the Charlotte Hornets in December — a career-high at that point — Hanlen brought up James Harden, who averages 37.7 points per game. Harden, as Hanlen noted, gets a lot of easy points in addition to his difficult ones — weak-side cuts and relocating for 3-pointers. Gordon Hayward sprints off ball screens and knocks down pocket jumpers where he’s comfortable.

Larranaga said he pushes Tatum to relocate around the perimeter, to take advantage of momentary defensive slippages that can open up opportunities from deep.

“Being able to hit a three without penetrating the defensive shell is important, but it also makes it really important to be active off the ball and be really great at using off-ball screens, running in transition,” Larranga said. “That’s something I try to share with Jay and really push him: Hey, every time he runs in transition, something good is going to happen, whether he has the ball or doesn’t have the ball.”

Of course, Tatum’s ability to make the toughest shots — like side-step 3-pointers — is what vaults him from a nice prospect who could become an All-Star to a potential All-NBA forward.