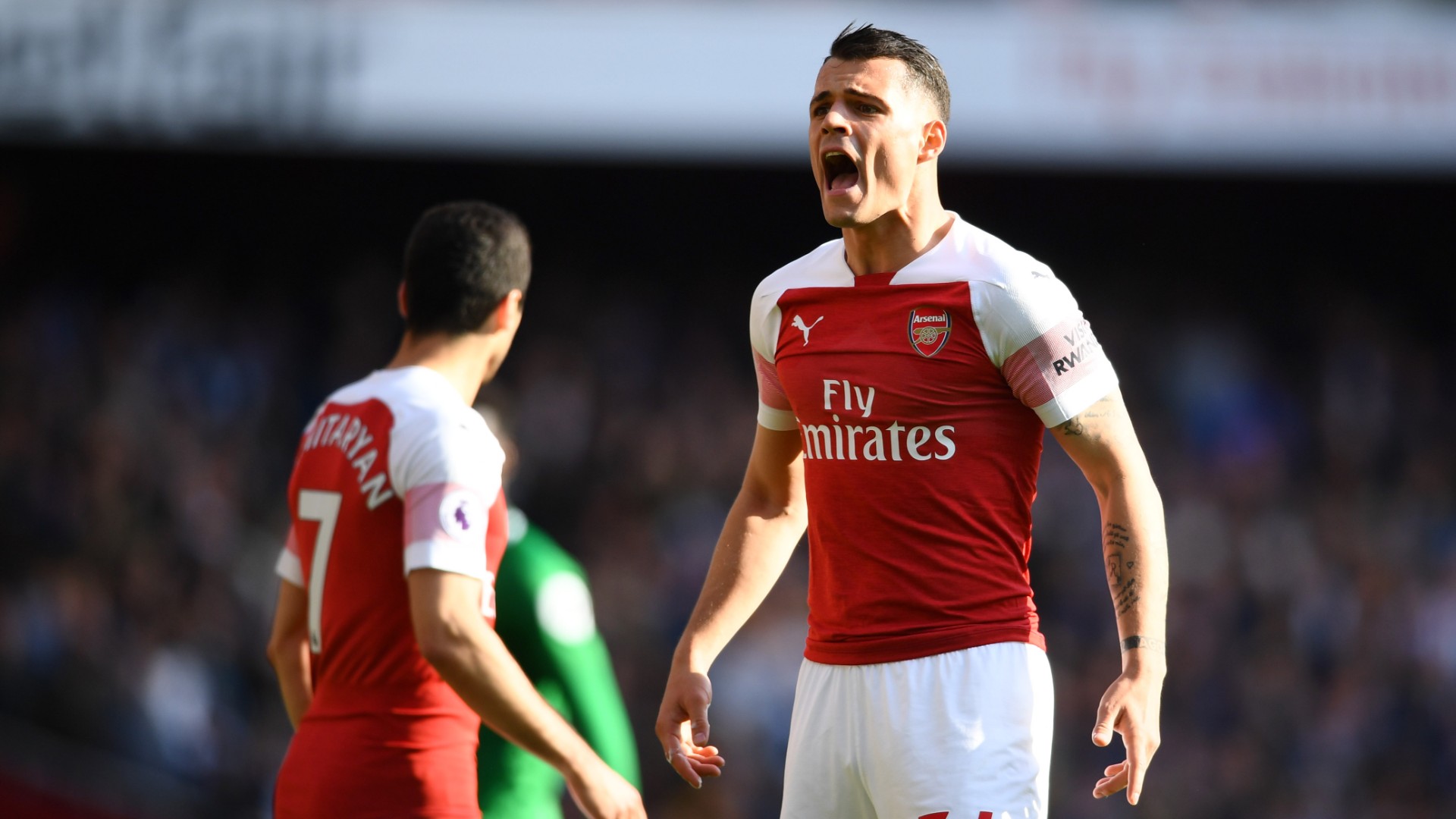 It’s been 25 years since Arsenal last lifted a European trophy and Granit Xhaka is desperate to end that run and write his name into the north London club’s rich history later this month.

Thursday night’s 4-2 win at Valencia earned the Gunners a spot in the Europa league final against Chelsea in Baku on May 29. It will be Arsenal’s first in European competition since 2006, with the last win coming in 1994 when they saw off Parma 1-0 in the Cup Winners Cup.

Xhaka accepts that is far too long a wait for a club of the stature of Arsenal and says getting their hands on some silverware is a must.

“It’s a long time, 25 years,” said the midfielder. “Now we are in the final we want the trophy for the club, for the fans and for us players as well.

“Every piece of history is nice. If you can be in the history of this amazing club it’s something to make you proud. But first you have to win.”

Xhaka added: “Every trophy, every title is important. It’s important if you take the title here and you go to the Champions League.

“We wanted to be in the Champions League from the Premier League [top four]. But this is the past, we have to look forward now.

“All the players want a trophy. For a lot of the players it is the first time in a final, but we also have a lot of experience in this team so we hope we are ready for the final.”

Not for the first time this season, Arsenal were rescued by the prolific strike force of Pierre-Emerick Aubameyang and Alexandre Lacazette on Thursday night.

Aubameyang scored a hat-trick and Lacazette the other as the Gunners fought back from conceding an early goal to beat Valencia 4-2 at the Mestallla to ensure both European finals this season will be all-English affairs.

Between them they have now scored 48 goals in all competitions and have scored each of Arsenal’s last eight goals in the Europa League.

“They are so important for the team,” said Xhaka. “On the pitch and off the pitch.

“They work a lot for the team without the ball, they showed that in the last few months and we are very proud to have them in the team.”

The Switzerland international added: “We started not so well [on Thursday night], but we showed a good mentality. We were compact in defence and scored our goals.

“There are four [English] teams in the two finals, you can see how strong the league is with four teams in the finals. We can be proud.”