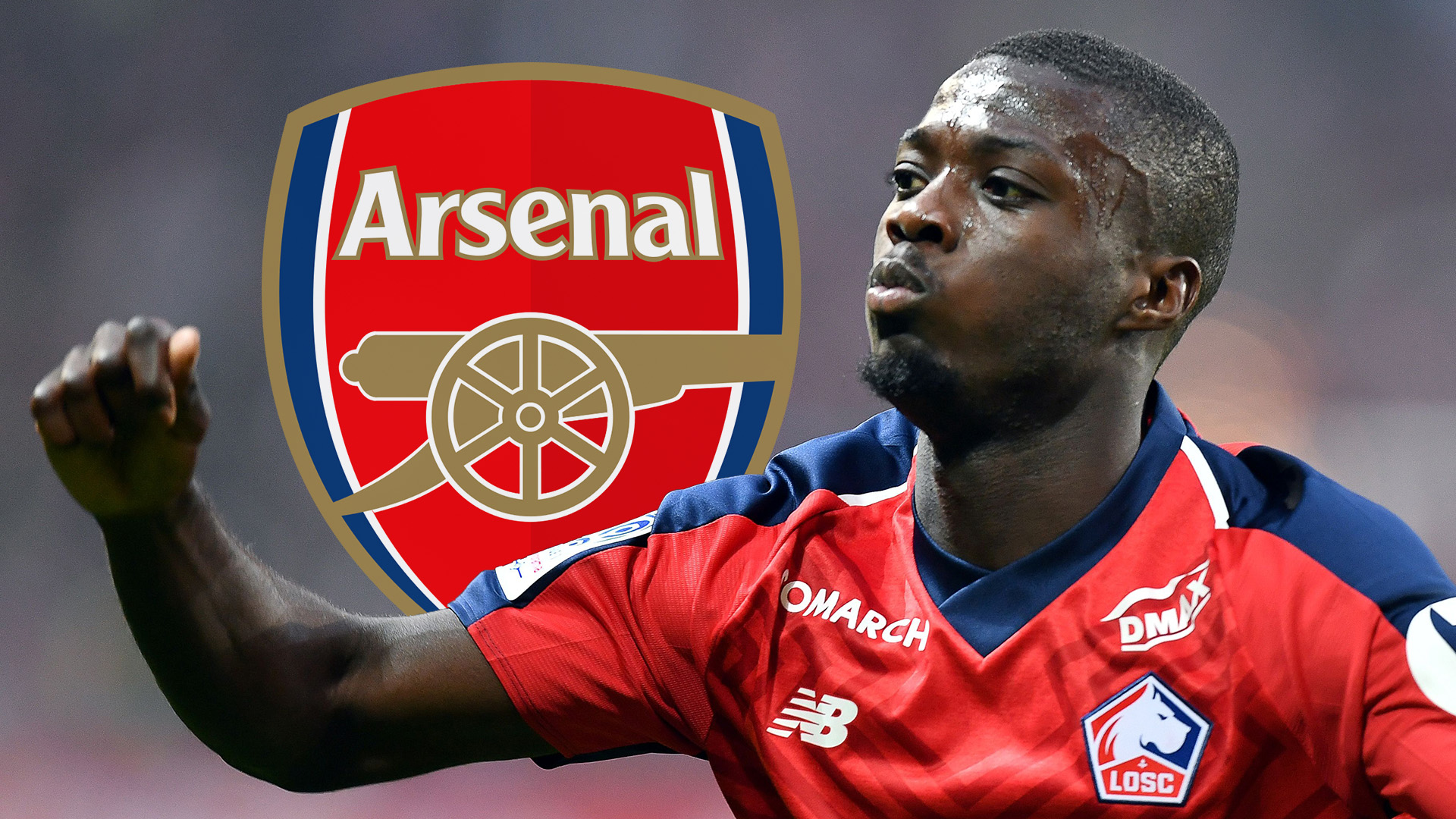 A leaked video of Nicolas Pepe in an Arsenal shirt has emerged on social media ahead of any official announcement that his move from Lille has been completed.

The Ivorian winger has seemed on the brink of joining the Gunners in what is expected to be a club-record €80 million (£73m/$89m) deal and reportedly underwent a medical on Tuesday.

However, before the club could officially announce their latest capture, leaked images of the forward in an Arsenal shirt, standing in front of a green screen and patting the Gunners badge, found their way online.

Arsenal were hopeful of wrapping up the deal by the end of this week, and now an official announcement appears to be imminent.

Pepe, who scored 22 goals and registered 11 assists in Ligue 1 last season – the most goal contributions in the league from a player not named Kylian Mbappe – will become Unai Emery’s fourth summer signing, following the three confirmed arrivals so far.

Teenage winger Gabriel Martinelli joined from Brazilian side Ituano, costing around £6m and links up with the likes of Bukayo Saka and Reiss Nelson as promising young wide talent.

Fellow teenager William Saliba cost the Gunners £27m (€30m/$33m) and the centre-back will rejoin St. Etienne on loan for the coming season before linking up with the Gunners next term.

Finally, 22-year-old Real Madrid midfielder Dani Ceballos arrives on a season-long loan as he looks to find a coach who will grant him more minutes than Zinedine Zidane, who does not appear to have faith in the former Real Betis talent.

Arsenal are also reportedly close to the signing of Celtic left-back Kieran Tierney, with a third bid likely to be accepted after the first two offers were knocked back for the defender.

Emery is thought to still be in the market for another centre-half after Laurent Koscielny refused to join the club’s summer tour and Shkodran Mustafi looking to be heading for the exit after another error-strewn season.