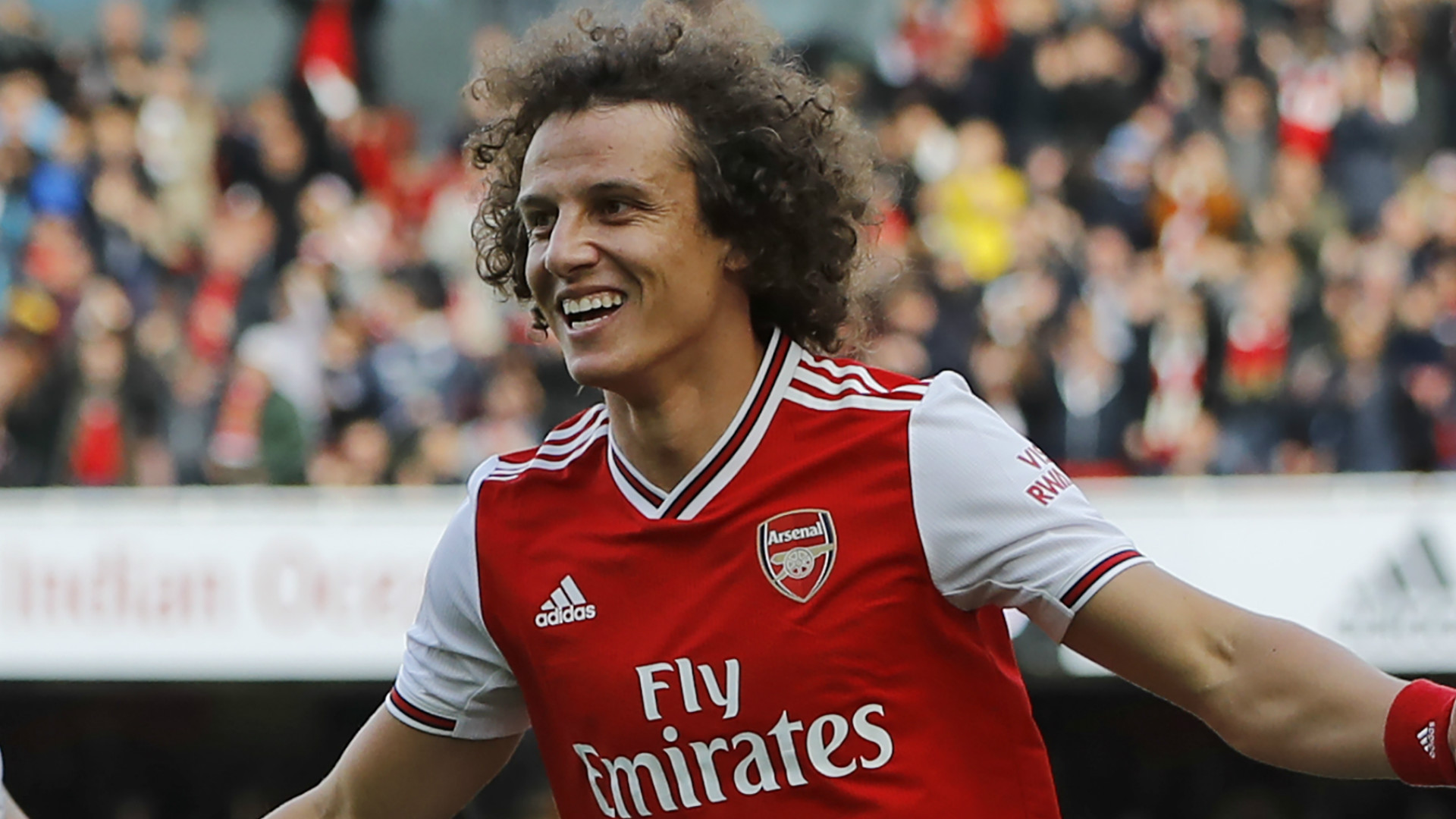 David Luiz has hailed the squad depth at Unai Emery’s disposal, saying it is “what Arsenal means today”.

The Gunners splashed the cash during the summer transfer window, bringing added quality onto their books.

Big things were expected in north London, with the club considered to be well placed for a push back into the Premier League’s top four.

It has taken a while for all of the pieces to come together, but Arsenal are now unbeaten in eight games across all competitions – with five wins collected during that run.

Luiz, who netted the only goal of the game to down Bournemouth on Sunday, considers that improvement to be an indication of how strong the collective has become in north London.

He told reporters: “I think we are trying to improve everything in every game, every week.

“Also, we’ve had some games in the cup, in the Europa League, where we’ve changed the team [but the results] have been amazing. That’s what Arsenal means today – we have a lot of players in the squad with quality, so everybody can play. Everybody is trying to help the team.”

Arsenal made life a little harder for themselves against Bournemouth than they would have liked, with Emery’s side failing to add to Luiz’s ninth-minute opener.

Pressed on whether the Gunners deserved all three points, the match-winner said: “Yes, I think so. We could have scored more in the first half, but we controlled the game.

“Our style is to play with the ball, but sometimes it’s good to understand if you have to win 1-0. Players like [Dani] Ceballos, like Matteo [Guendouzi], they were fighting like holding midfielders trying to help us. You see Auba pressing three defenders and I think that’s the spirit of the team. These kind of games give us a lot of things for the future.”

Arsenal are now up to third in the Premier League table, with just one point separating them from defending champions Manchester City in second.

Luiz has helped to keep them upwardly mobile, with the South American saying of his first goal since crossing London from Chelsea: “It’s an amazing feeling. I’m so happy to be here and so happy to score my first goal and help us to win.”