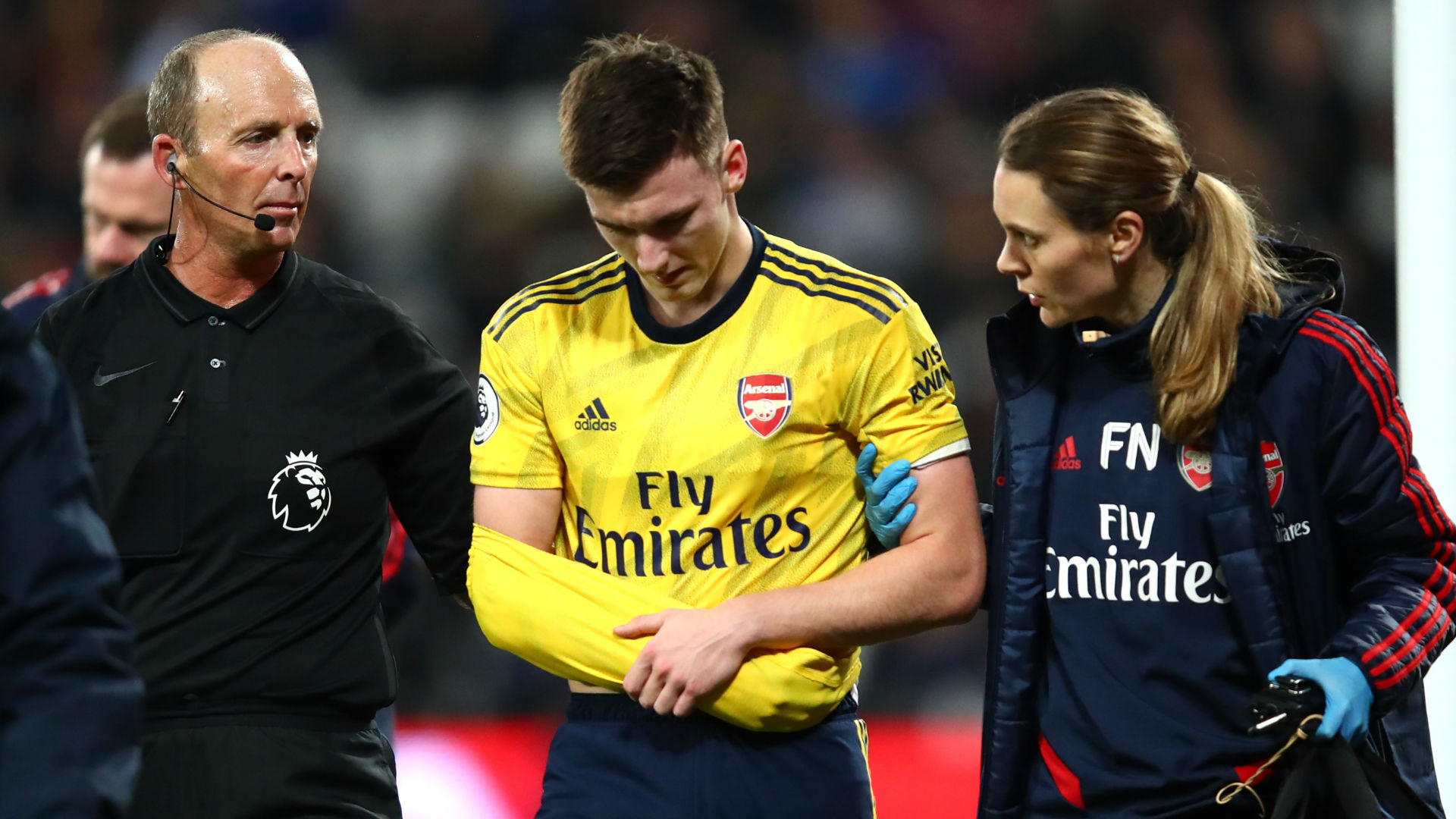 Arsenal have revealed that they expect Kieran Tierney to miss around three months with the dislocated shoulder he suffered against West Ham.

The Scotland international full-back picked up an untimely injury in the Gunners’ last Premier League outing.

He lasted just 29 minutes in that contest, which Arsenal went on to win 3-1 and claim a first victory under the interim guidance of Freddie Ljungberg.

Tierney had been enjoying a regular run for the Gunners, having earned favour following a summer move from Celtic.

He arrived in north London carrying an injury, but worked his way back to full fitness in September.

The 22-year-old is now set for another enforced spell on the sidelines, as he prepares to go under the knife, with it possible that it could be missing until the spring of 2020.

“Kieran will undergo surgery next week and will rehabilitate for around three months.”

Tierney will not be the only senior star that Arsenal are without for a home date with Manchester City on Sunday.

The Gunners said of Swiss midfielder Xhaka: “Concussion. Sustained strike to the head from the ball during West Ham United (a). Will miss Manchester City (h) and will be managed as per concussion protocols.”

On Holding, Arsenal posted: “Left knee. Bruising to knee. Will miss Manchester City (h). Aiming to return to full training in the next two weeks.”

While Ljungberg will need to shuffle his pack once again, he does have Nicolas Pepe at his disposal.

The Ivorian netted a stunning goal in the win over West Ham and has shaken off a knock.

Arsenal said: “Available for selection for Manchester City (h) after bruising to left knee sustained during West Ham United (a).”