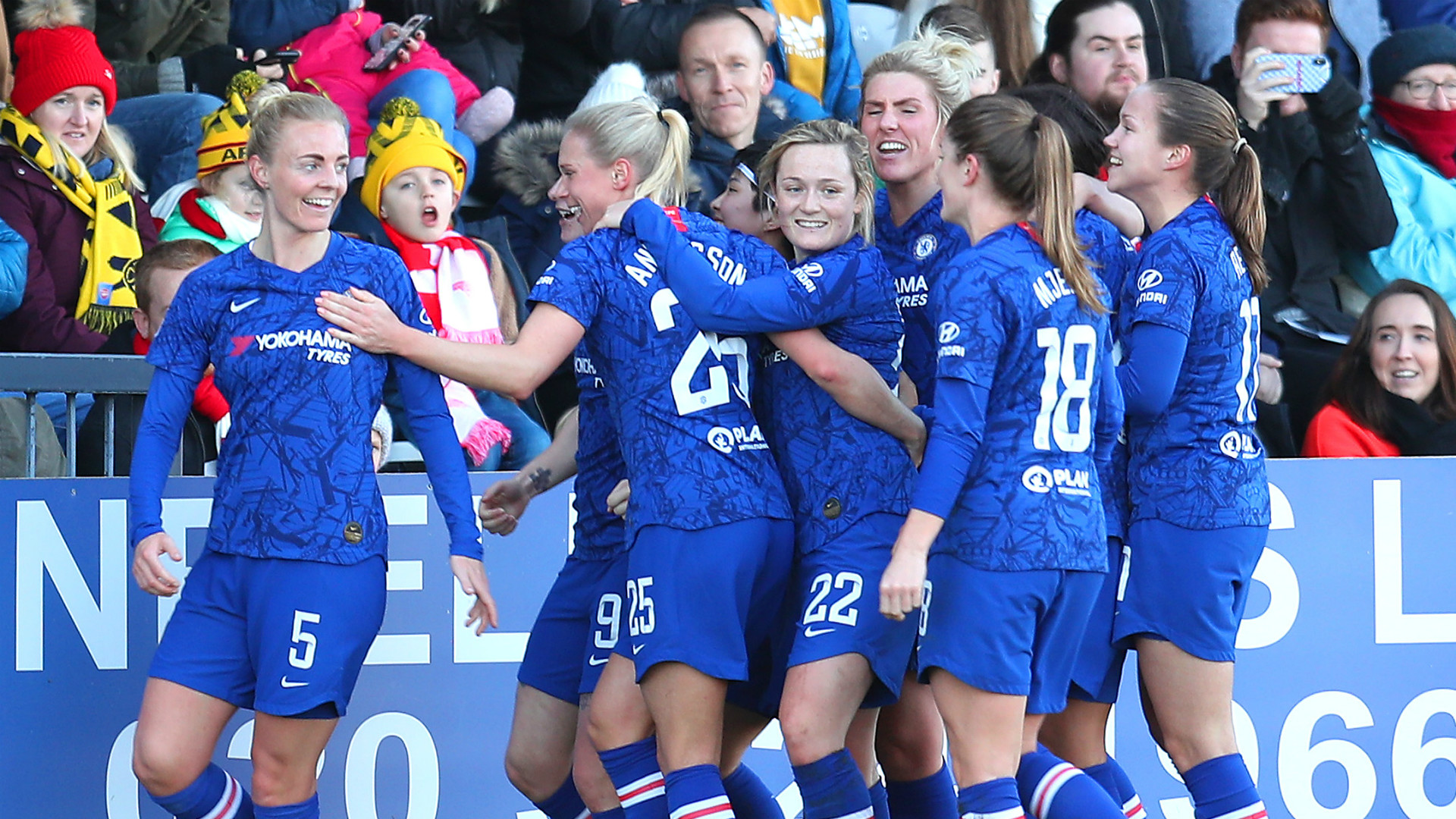 Chelsea racing into a 3-0 lead inside 20 minutes at the home of Arsenal, the Women’s Super League champions, was some title statement.

That in doing so they would set themselves up for a vital 4-1 victory that secured a double over the current holders, having beat them at home in October, was equally huge.

But the irony is that despite taking six points off the Gunners, who could have opened up a seven-point gap between the two with a win on Sunday, the Blues’ inconsistency could still see them come up short this season.

This was big, there is no escaping that. Once again, Emma Hayes out-thought Joe Montemurro, with the Gunners struggling to adapt to a set-up not seen yet this season as they surrendered top spot to Manchester City, who beat Birmingham earlier in the day.

But the reason that this did not take Chelsea top was because of their inability to win two games in the first half of the season against relegation-battlers Brighton and Liverpool. Arsenal, on the other hand, have only dropped points against the Blues.

“Them getting the first goal made it that much more difficult but we should have been out of sight at half-time and the lack of efficiency in front of goal is the reason why I’m talking about a draw and not three points,” Hayes said after a 1-1 draw with Liverpool in December.

“You have to remember the starting objective was to not be out of the title hunt and I don’t think we are.

“We’re unbeaten, we’ve got new signings coming in and I’ll take the positives up until now at this point of the season and who knows if it’s a point gained or two points dropped – we’ll only know at the end.”

Since then, Chelsea have won all four games, despite falling behind in two of them. They have looked rejuvenated, ruthless and like a team on a mission.

The biggest test of their title credentials, though, is still to come.

This was the Blues’ last league game with Ji So-yun and and Kerr, who will both jet off to China at the end of the month for Olympic qualifiers with South Korea and Australia respectively.

In the former, they will lose the architect of their title charge and probably the most consistently outstanding performer of the WSL season so far.

Hayes will be very aware of what sort of an impact her absence will have.

“Who can you pick out as a top player today when there was so many of them?” she said after Chelsea beat Arsenal in October, before quickly adding on at the end: “and Ji So-yun was unbelievable.”

Particularly when the Blues have looked set to drop points against well-organised teams this season, Ji has been the difference. Her creativity has been simply world-class so regularly, as it was yet again against the Gunners.

Their task will be keeping up with Arsenal by beating the likes of West Ham, Birmingham and Manchester United without her providing a spark in the middle – and, of course, without the added attacking power of Kerr, too.

They have the depth on paper. Ramona Bachmann started on the bench against Arsenal, alongside new signing Jamie-Lee Napier, while Fran Kirby is also returning to fitness.

But games are not won on paper. It will be down to these type of players to step up, just like Bachmann and defender Maria Thorisdottir did in the 2-1 win over Arsenal in October, coming off the bench to combine for that winning goal.

“I’ve got Magda Eriksson and Millie Bright at the back, how unlucky is Maria Thorisdottir?” Hayes said after that game.

“She is a winner, like Ramona she is desperately unlucky not to be in the team. I can only pick eleven.”

If they do not get their hands on that WSL title in May, it’s going to be a very bitter pill to swallow.