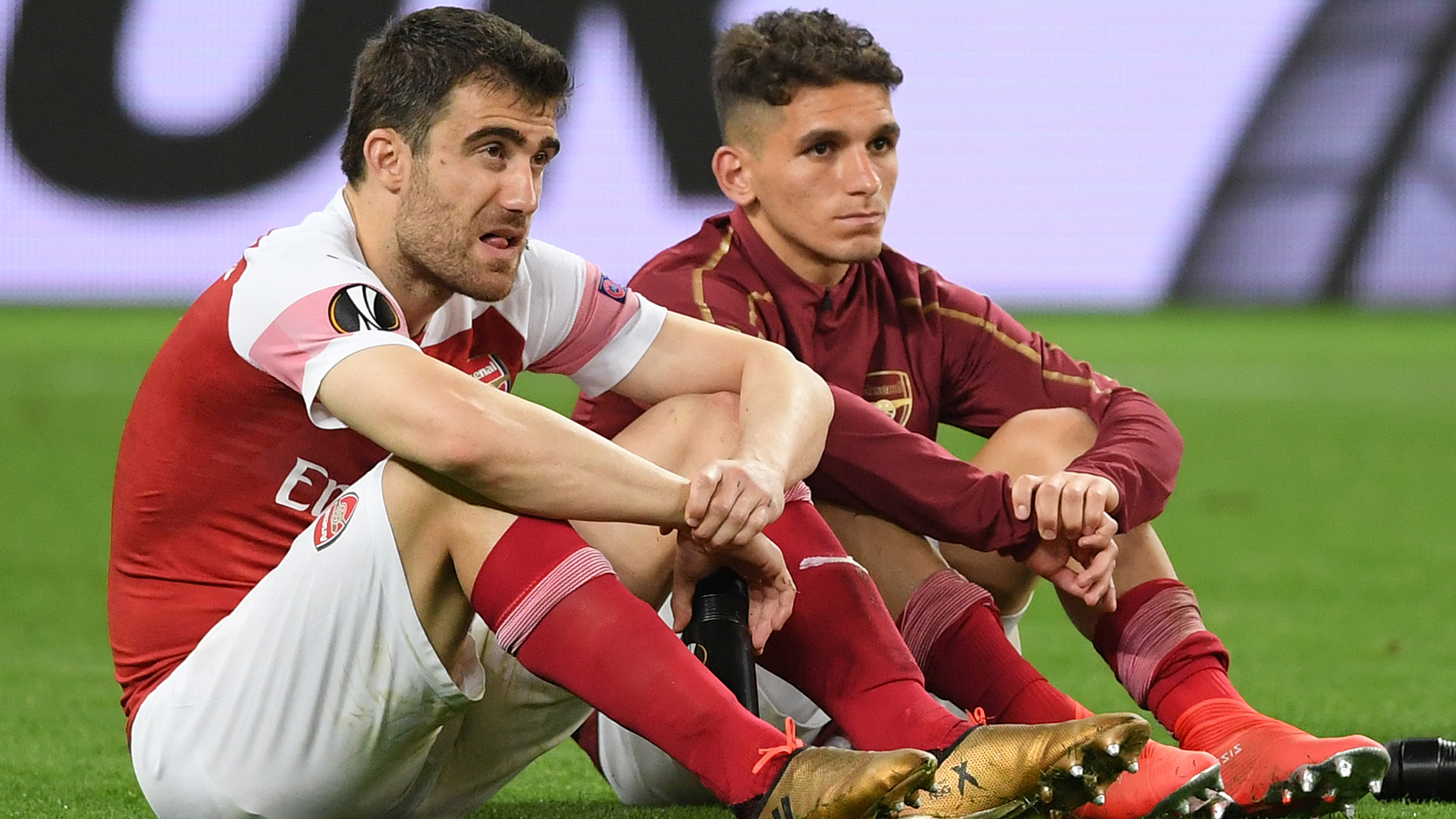 Arsenal defender Sokratis Papastathopoulos has apologised to Gunners fans after his side were beaten 4-1 by Chelsea in Wednesday’s Europa League final in Baku.

After a promising opening 45 minutes, a lame showing in the second half saw Arsenal picked apart, with Alex Iwobi’s stunning half-volley only a consolation.

The result meant Arsenal missed out on qualification for next year’s Champions League, leading the 30-year-old Greek international to tweet his apologies and vow to put things right next season.

Sokratis said: “You all deserved better and I’m sorry that we couldn’t give you what we all wanted. For every single Arsenal fan who was in Baku and around the world, we are sorry. We’ll work to get stronger for next season to give this club the success it deserves.”

The controversial choice of venue for the final meant that most supporters watched the game from home, with only around 5,000 fans making the journey of almost 3000 miles (4800km) from London to the Azerbaijani capital.

Arsenal’s second-half capitulation – with goals from Eden Hazard, Pedro and former Gunners man Olivier Giroud – was nonetheless watched by millions around the world, and their performance has raised questions about the progress made in Unai Emery’s first season in charge.

Despite some bright spots – most notably the partnership between top goalscorers Pierre-Emerick Aubameyang and Alexandre Lacazette – it has been an inconsistent campaign for Arsenal.

The Gunners were among the sides who could have secured Champions League football via their place in the Premier League with a strong finish to the season, but stumbled in the final month of the campaign.

Arsenal took just seven points in their last seven games to finish two points back of Chelsea in third and one point back of Tottenham in fourth.

That fifth-place Premier League finish and Europa League failure extended their absence from the top table of European football, with their last Champions League tie a 10-2 humbling at the hands of Bayern Munich in early 2017.

Despite the immediate disappointment, Emery has appealed for patience as he continues his rebuilding work in the post-Wenger era, though Arsenal’s transfer plans are likely to be negatively affected by missing the Champions League.

Gunners fans may be forced to endure another difficult moment as well on Saturday, should local rivals Spurs upset Liverpool in the Champions League final in Madrid.